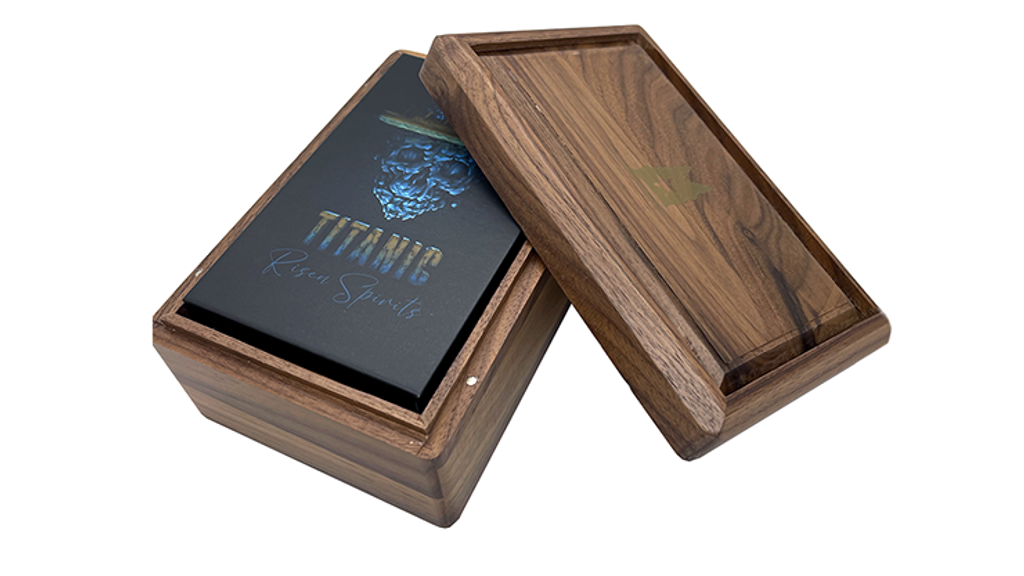 Titanic Tarot: Risen Spirits is a fully custom 78-card deck of tarot cards themed after the RMS Titanic. The tarot deck will feature life on board the ship as well as life before and after the tragic events that the ship became famous for.

This is the second edition of Titanic Tarot. The first edition was released in 2020. A large portion of the deck was redesigned for this updated edition. We wanted the Minor Arcana to reflect life aboard the ship opposed to focusing on the tragedy itself. In addition to updating over half the artwork, we also took off the borders along the artwork to shine and also switched to a matte finish.

The Deluxe edition comes with a wood box. The wood box is designed custom to look as if it belonged on the Titanic. From the first edition, we have made a few changes to ensure the wood box is stronger.