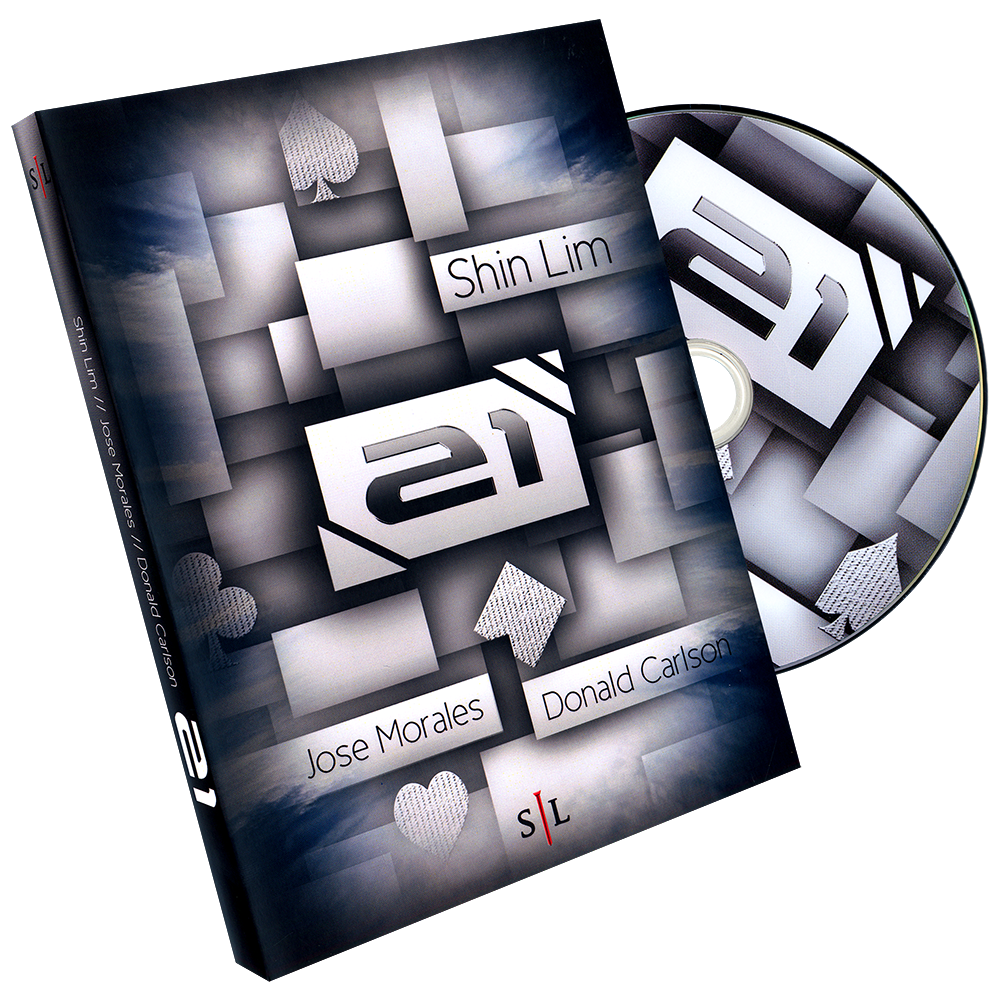 21 is a DVD unlike any other. Produced by Shin Lim, this collaboration between Jose Morales, Donald Carlson, and Shin Lim features 21 fantastic effects and routines that can be done with no gimmicks and are totally impromptu. It's a unique collection of effects with 3 artists which have different styles and approaches to card magic.

Jose Morales combines flourishes and card sleights that make up extraordinarily visual routines never before seen. Clam Catch is an effect where a random selection is thrown into the air and lands in a fan of cards with no moves what so ever, he cleanly hands the deck to the spectator to spread the deck, showing that selected card to be sandwiched between 2 jokers (or two previously selected cards). This can also be used as the perfect out! This is only just 1 of 5 fantastic effects that Jose teaches on the powerful DVD.

Donald Carlson practices a more classical style of magic. Not so much eye candy, but rather stealth-like moves that occur without the spectator even knowing. The Pad Spread Switch is a prime example of the super clean type of handling that looks like a camera trick: imagine trapping the 6 of Diamonds in between 2 jokers and openly setting them on the table. You then show the King of Clubs and use it to flip over the jokers. With no apparent moves, the King and the 6 have switched places! The Pad Spread requires no gimmicks, no gaffs and it's completely impromptu. This is just 1 of 4 routines from Donald Carlson. As a bonus, Donald teach 4 variations of the pad spread which can be used as effects on their own.

Shin Lim has included 9 visual routines as bonus effects to compliment this DVD. The one handed Pad Spread Switch was something Shin thought of while practicing the original pad spread switch. However, this requires no table, and you can perform the exact routine all in the hands. All of these effects have never been released, so get this DVD today!

Bonus Section included in the DVD are never before seen performances from Woody Aragon, Tom Stone, Christian Engblom, Ray Kosby, and Scott Robinson - as well as a blooper reel and the making of the project: 21.