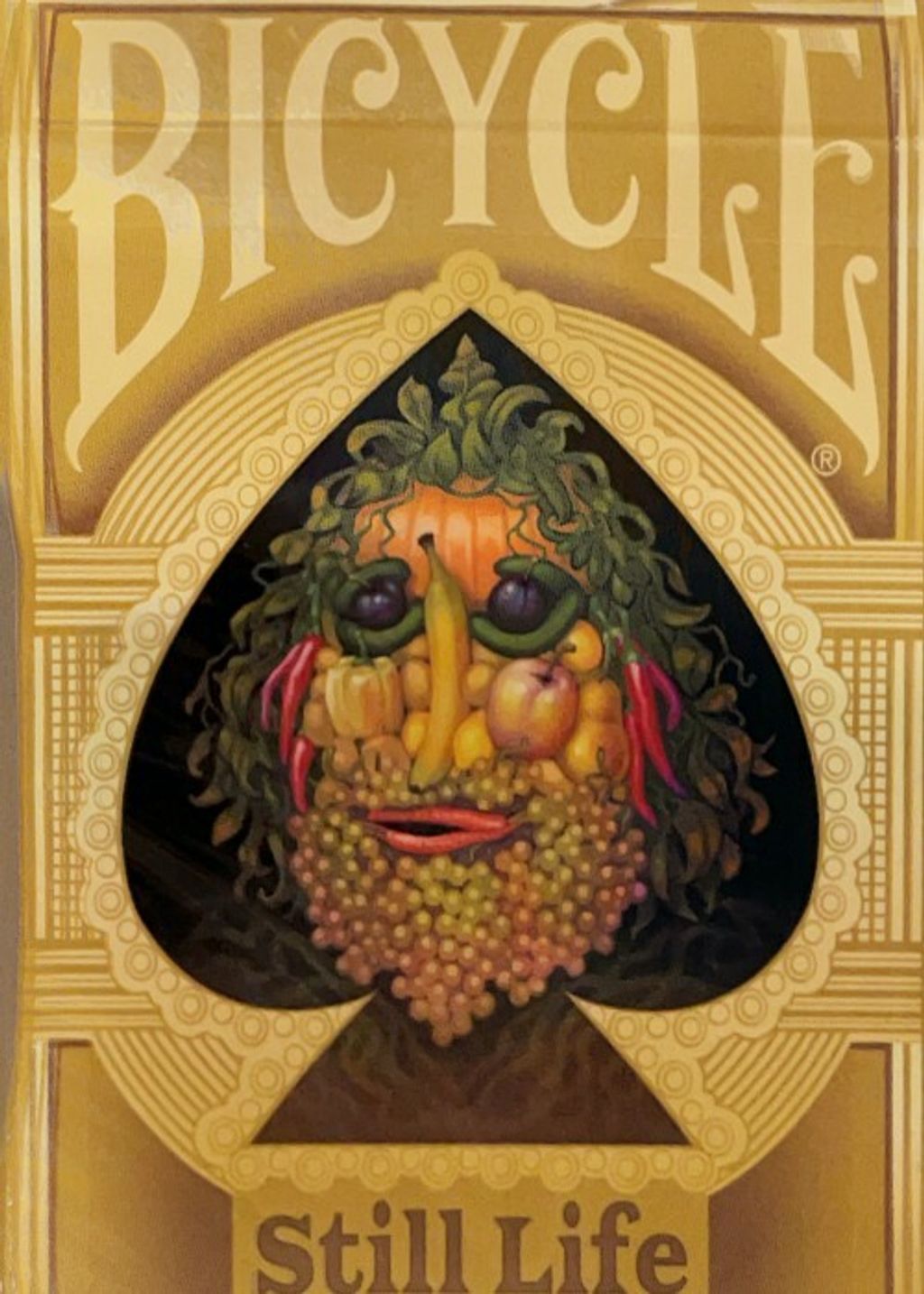 Over five centuries ago, a man from Milan set his creative juices flowing by creating imaginative portraits of human heads made entirely of objects such as fruits, vegetables, flowers, fish and books.

He was a court painter for three Holy Roman emperors in Vienna and Prague and, while his conventional work on traditional religious subjects have fallen into oblivion, his portraits of organic human heads were greatly admired by his contemporaries and remain a source of fascination today.

Artist, Johnny Whaam, deeply inspired by the works of Giuseppe Arcimboldo, has created a whimsical and curious deck of cards, composed entirely of original artwork worthy of art critics and card collectors world-wide.

Human heads made entirely of objects such as fruits, vegetables, flowers, fish and books. Can you find the faces in all the court cards? Very unique Bicycle deck!

Made in the USA