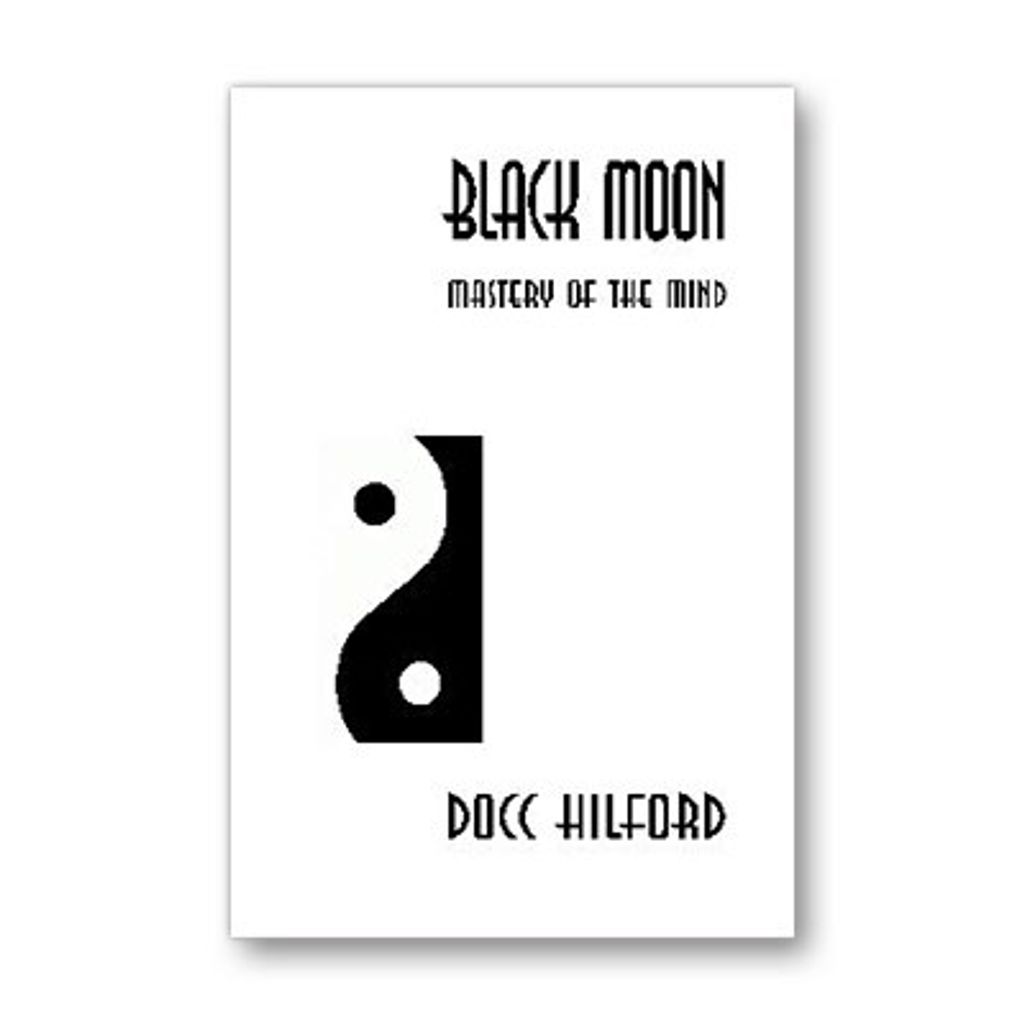 For the mentalist, PREDICTING THE FUTURE is where reputations are made. And BEING CONTEMPORARY is where the higher fees are found. The current craze in the New Age world is the Chinese Zodiac and the I Ching. Black Moon provides the modern mentalist with a self-contained method for knowing a person's Chinese Zodiac sign and accurately predicting their future! And most importantly, you can PROVE YOU KNOW THE SUBJECT'S FUTURE for the next year!

On a piece of paper, the mentalist writes what he believes to be the subject's Chinese Zodiac sign. He also makes a prediction of what I Ching symbol, or trigram, the subject will randomly choose. The subject states the year of her birth and throws three ancient coins to determine a symbol that foretells her future.

The paper is shown to have all the same information written on it BEFORE ANYTHING WAS CHOSEN! Docc has added a strong psychological touch that apparently PROVES the mentalist's accuracy for the next year! This ploy is literally worth its weight in gold!

BONUS: The special papers are set for use with the Dance of Shiva or Acidus Novas. So you can do an additional reading with the same paper. There is also a hand made, pocket-sized book on I Ching and Zodiac interpretations. The mentalist can do a full length reading without any knowledge of cold reading, the Chinese Zodiac or I Ching. The interpretations on the paper and in the little book are enough to begin immediately.

FEATURES: The sheet of paper used is beautifully designed by an Asian artist with I Ching trigrams and the twelve Zodiac signs. The paper can be marked with the subject's initials. There are NO GIMMICKS to use or lose. Due to a secret formula, all the mentalist needs is the subject's birth year and he instantly knows the Zodiac sign EVEN IF THE SUBJECT DOESN'T! This feat alone establishes the mentalist as an expert.

METHOD: WHAT?!! Yes, here's the basic method. Black Moon works on the same principle as the common Swami Gimmick, yet NOTHING IS WORN by the mentalist. The gimmick is built into the pad of papers, so ALL TEN FINGERS of both hands are able to make information appear ANYWHERE on the INITIALED paper. Every individual paper can be examined; it's given to the subject, so it's not chemically treated or gimmicked. The secret is old, but has NEVER been utilized like this before.

You get the large, 100 sheet, special pads of Chinese Zodiac papers - three ancient Chinese I Ching coins - a pocket-size, hand-made Book of Changes - and complete instructions, along with the Docc touch that makes this effect PROOF POSITIVE that you know the future.

Take Black Moon anywhere and you'll be able to prove you are a living Master of the Mind!