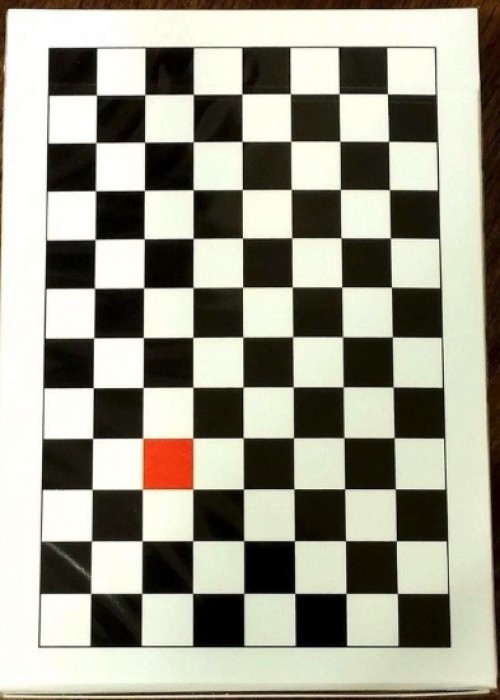 Following the successful release of their tutorial series and the first deck of playing cards, Stripe, Tobias Levin has left the Dealers Grip in March, 2017. Immediately he was joined by fellow cardists Nikolaj Honoré Pedersen and Noel Heath. Not only did they create a new cardistry brand Anyone Worldwide, but also released a few limited-edition decks, all of which were sold out in hours. Checkerboard playing cards, featuring iconic Vans black and white back squares, were the first and the most anticipated release.

Unsophisticated back design patterns could be found on the faces of numbered cards and the Ace of Spades as well. A1WW released Checkerboards in a limited run of 2809 decks, they were printed by The United States Playing Card Company. We have only a few left in stock.

To buy Checkerboard playing cards, please select the quantity of decks and add them to your cart. Then go to your basket, follow the instructions provided and proceed to checkout to place your order. Find out more on how to purchase playing cards and other goods with shipping in Kyiv, Ukraine, Europe and rest of the world on our website.