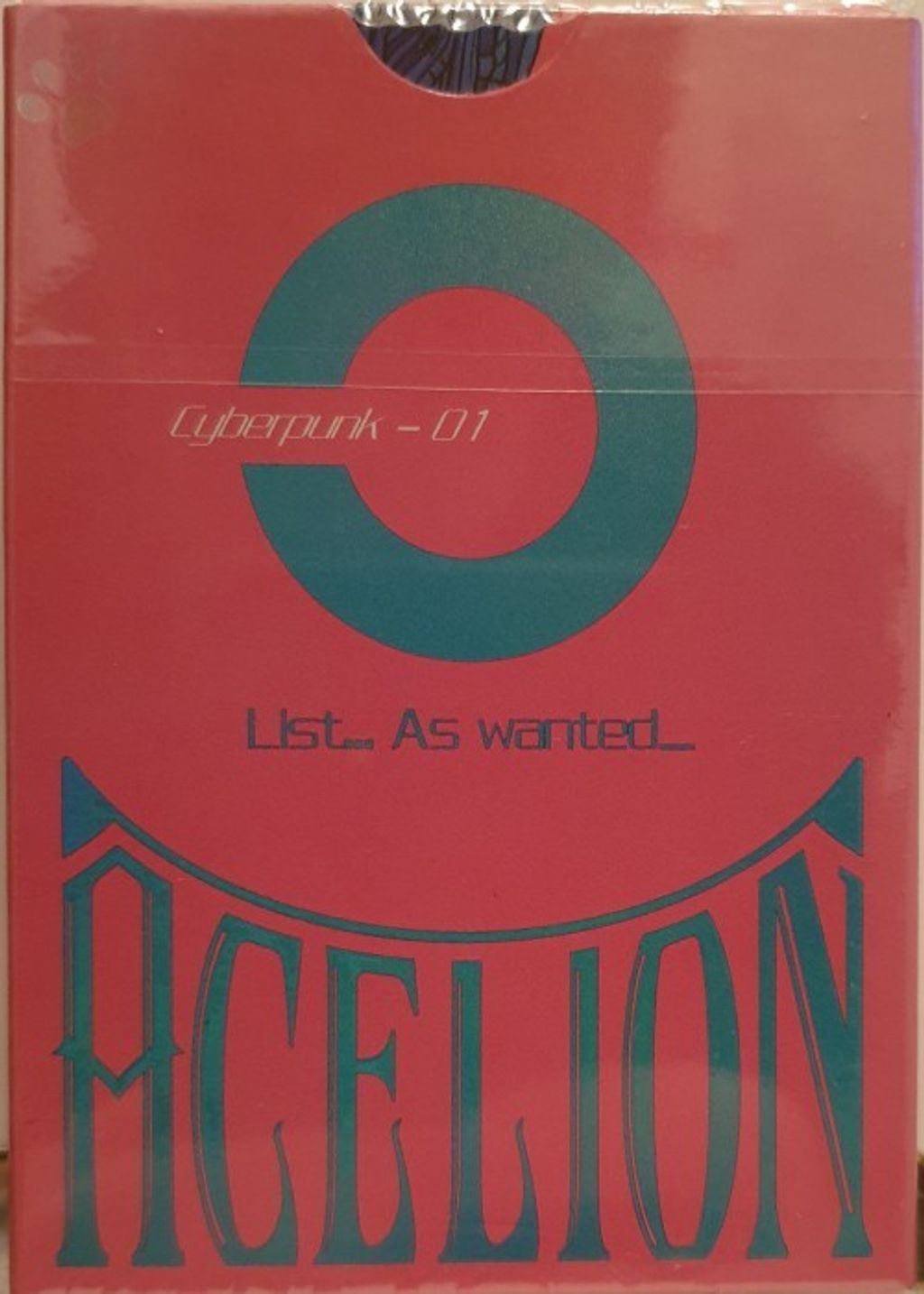 LIMITED EDITION: Only 2000 printed! Will NOT be reprinted.

This is the third card from Acelion, but also a breakthrough in all aspects of the new - Cyberpunk: Origin

Cyberpunk: Origin is a mythical epic style playing card that combines magic and science fiction elements, and its worldview was adapted by the Acelion team based on Nordic mythology.

In the Nordic mythology, the final decisive battle launched by the gods, giants and monsters directly led to the death of the world and the birth of a new world. It can be said that it is a famous battle in Nordic mythology that shocked the world and sobbed for ghosts and gods. Called "the final chapter of myth" by later generations, the scene described by the most miserable battle in the history of myth has reached the critical point of human imagination at that time.
Cyberpunk: Origin is about the gods after dusk.

The tuck case of Cyberpunk: Origin is a standard Acelion style double deck box design - the outer box is open at the top, and players can easily pull out the internal card box from the top.

Cyberpunk: Origin standard version tuck case uses the element of laser gilding, and the words and circles on the card box will show laser dazzling color under the light.

Then the second tuck case is open side, from the side you can draw the whole deck.

This time, we focus on flourishing and collecting, so the design of the back of the card is enough for flourishing , which can present a strong visual impact in the case of opening the fan and displaying the card.

The dazzling effect of the circle in the center of the card's back when rotating rapidly.

The deck has a very innovative double background design. The base color of hearts and diamonds is light green, while that of Spades and Clubs is rose red. All the A's and their head cards have the image design in Cyberpunk: Origin, which includes Hela, the goddess of death, Rocky, Thor and so on. Can you recognize them one by one after receiving the cards?

The two-color deck in the actual performance not only does not appear disorderly, but also allows you to open the fan in the front and display the card with great visual expression! After you get shuffled, you can feel it by opening the fan!