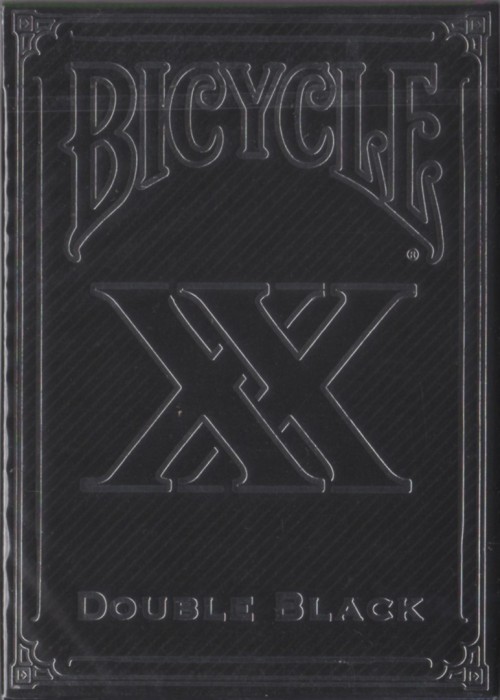 The 1950s are often depicted as idyllic and quaint, full of good clean living and prosperity. The reality is that behind the storybook image hid a whole different underground scene of illegal gambling, prostitution, after-hours drinking, and gunplay.

We envisioned a deck of playing cards that someone as deadly and debonair as James Bond would pull out of their suit at a card game- Classy and sleek with just enough customization to be unique, yet still hold the classic style of traditional playing cards. With this concept in mind, Double Black was born.

Double Black is the very first deck in a new series of custom playing cards from Gambler's Warehouse.