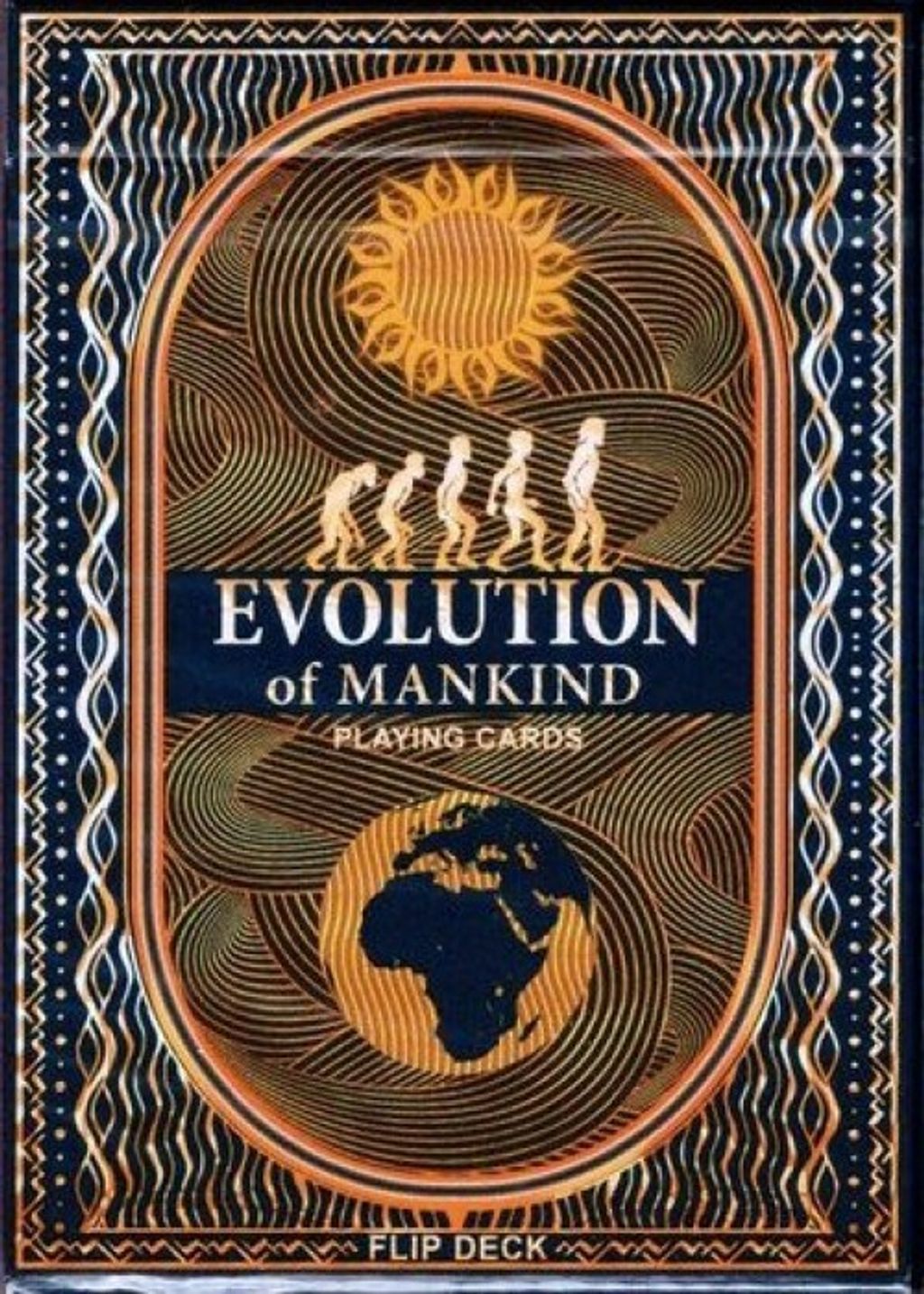 It works just like in a 2D animation flipbook... Hold the deck in your hands and flip through the cards with your thumb!

Flipping court cards in order from JD/JC/JH/JS (same for Queens and Kings) reveals a motion feature.

Sahelanthropus Tchadensis starts the longest journey and through 12 species the first step ends with Homo Sapiens.

Timeline... Scientists have calculated a time period in which the specific species has lived.

Fossils of various bones and skull fragments have made it possible to reconstruct species size and posture.

Pips design is vibrant as nature or life is, filled with microscopic molecules bouncing around.

In the corner of every number card there's a subtle design. Flip the cards from Ace to 10 (Diamonds, Clubs, Hearts, Spades) and you'll get to play with these cards in a very special way!