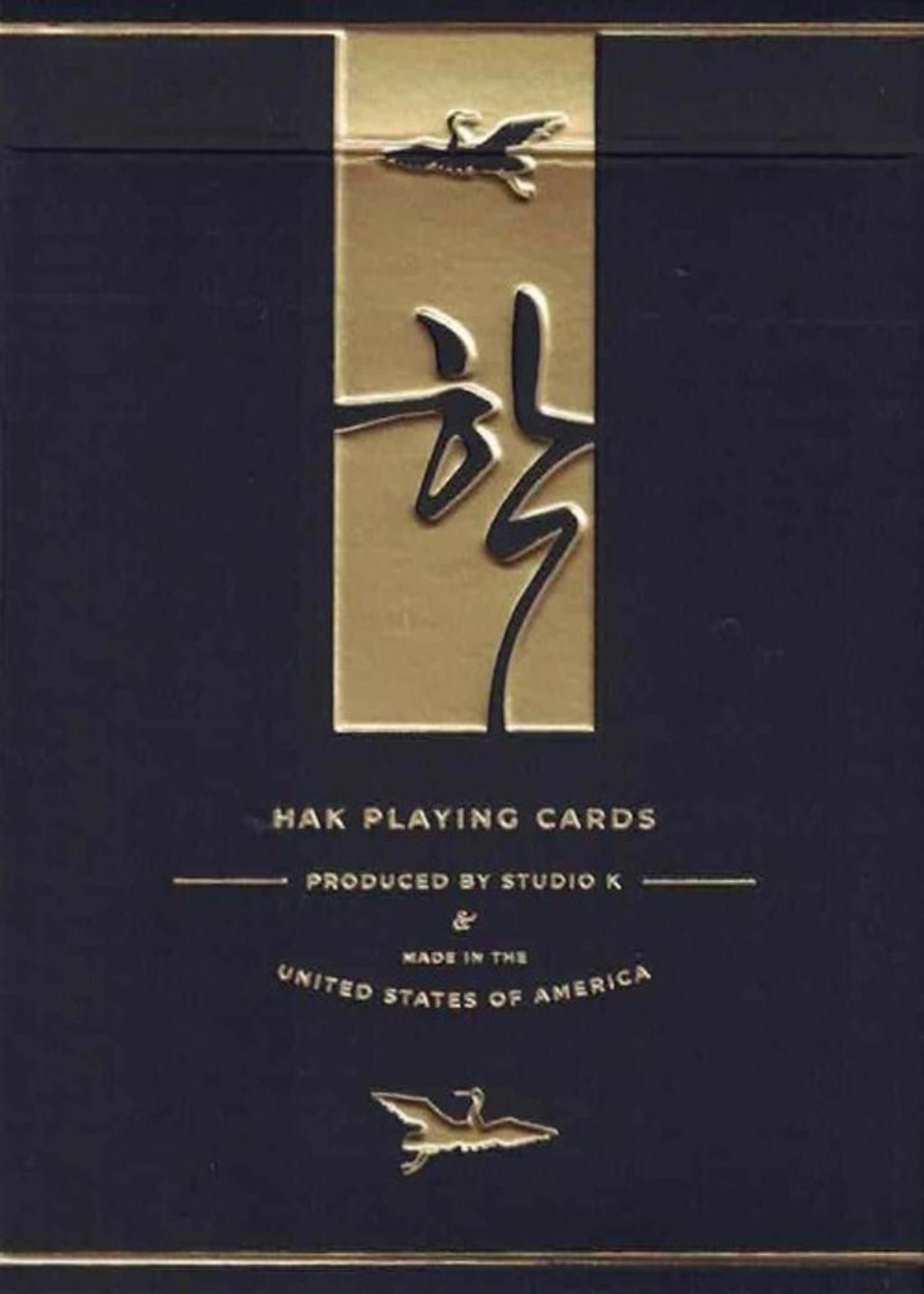 A glimpse into the Golden Age of Korean history. Printed by USPCC.

Spanning five centuries as Korea's longest lasting kingdom, the Joseon Dynastycultivated growth in the arts and sciences leading to countless innovations. Hak Playing Cardsexplores the designs, traditions, and architecture of this period for aunique glimpse into the golden age of Korean history.

The front of the tuck case prominently features the word 'hak', meaning crane inKorean. It is written using Hangul, the Korean alphabet developed during the JoseonDynasty. At the top and bottom of the case are two cranes, a symbol of longevity andgood luck in East Asian culture. This crane motif appears many times throughout thedeck. On the sides of the case are images of animal statues called Japsang.Found on the rooftops of royal palaces, these statues acted as guardians against evilspirits and were an essential part of palace architecture. The mirrored back designincorporates the two cranes and eight japsang with Irworobongdo (Ir-wor-o-bong-do), a folding screen set behind the royal throne during the JoseonDynasty. Depicting the sun, moon, and five peaks, the painting symbolized a balance inthe universe with the king at its center.

No expenses were spared in the production of this luxury deck- it is the highest fundedStudio K campaign to date with over $13,000 raised on Kickstarter. A true statementpiece for any collector of playing cards that not only displays but handles extremely well.