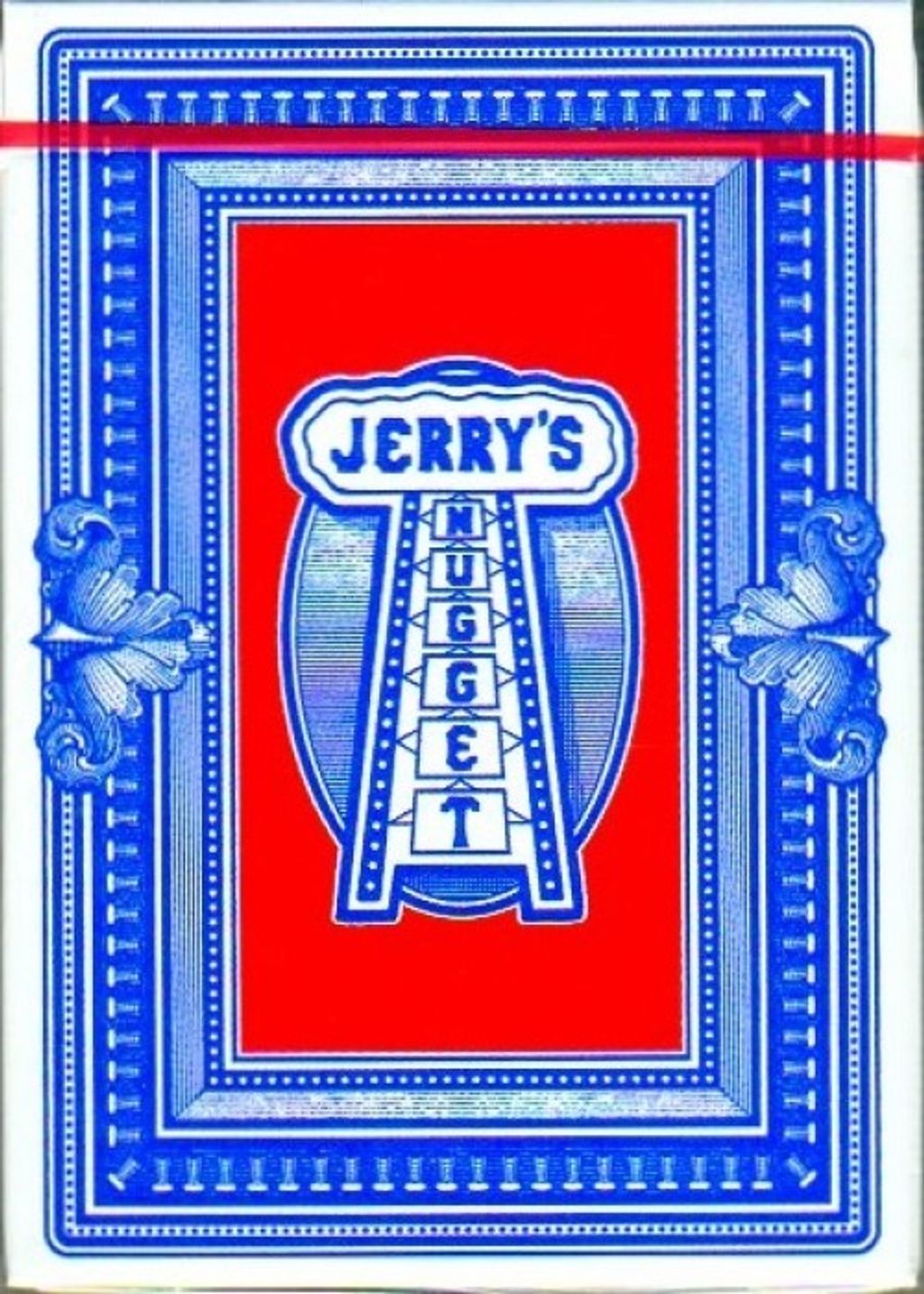 The Kings Wild deck will be printed at the USPCC on crushed stock but will not be printed on the web press. This deck can ONLY be purchased during the Kickstarter campaign.

In 1970, Jerry’s Nugget Casino printed what would become one of the most collectible playing card decks ever manufactured by United States Playing Card Company (USPCC). They made them for the tables but opted not to use them and put them in storage for 20 years! Almost thirty years ago they started selling them in their gift store with the final price of $2 a deck!

Playing card expert, Lee Asher, recognized the unique quality and feel of these cards and began evangelizing about them. In due course, Jerry’s Nugget playing cards became legendary.

By the fall of 1999, these cards sold out, yet the demand continued to grow. Today, authentic Jerry’s Nugget cards are among the most desirable and expensive modern decks on the market.

But finding an authentic deck presents a real challenge. Due to their considerable value and the immense demand, knockoffs proliferate eBay and other outlets.

This prompted Asher to suggest Expert Playing Card Company try and get the exclusive license to print these iconic decks again. And after more than three years of pursuit and negotiation, we finally made a deal with Jerry’s Nugget Casino!

Our Kickstarter campaign was the culmination of years of hard work combined with our love for the original Jerry’s Nugget playing cards, and our desire to get real decks in the hands of current and future generations.