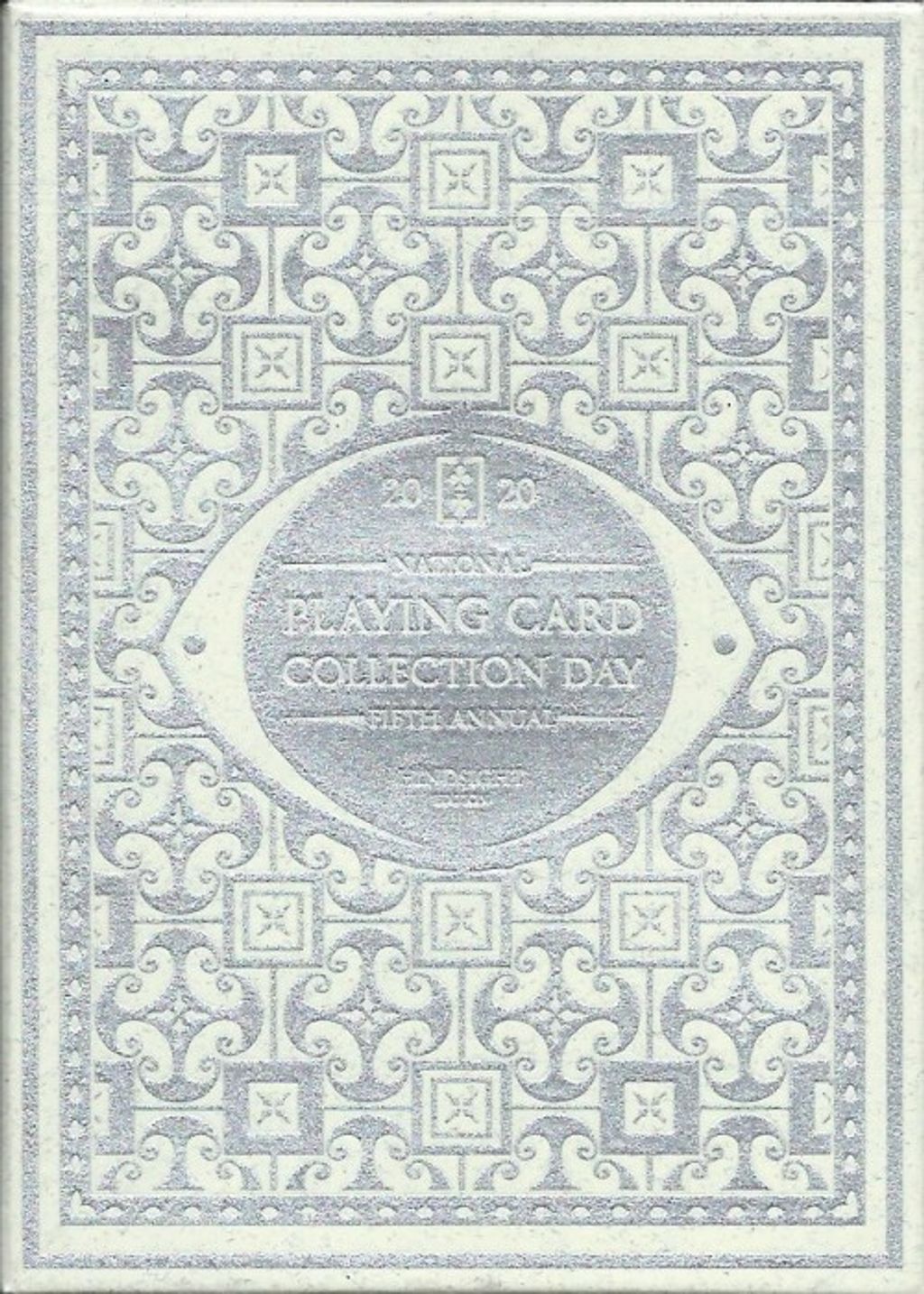 Dare to open Pandora's box and release the spirit within.

Each deck transforms into a larger temple to reveal a classical golden frieze wrapping each side.

Explore the world of Greek mythology featuring fresco-style paintings and Roman textile back designs in the most sought after NPCCD series yet.

The 2020 National Playing Card Collection Day Deck features the theme of HINDSIGHT, based around the tragedies of classic Greek mythology that have seemingly bled into our world today, turning fiction into fact. The stories relate to the tragic opening of Pandora's box.

Each deck is a transforming enclosure that expands into a larger temple to reveal a classical golden frieze wrapping each side. Trapped within the box is the spirit of Death. Sealing each box is a large and purposeful warning, Intaglio engraved, telling you not to open the box. To open the box would mean to ignore and slice through the warning.