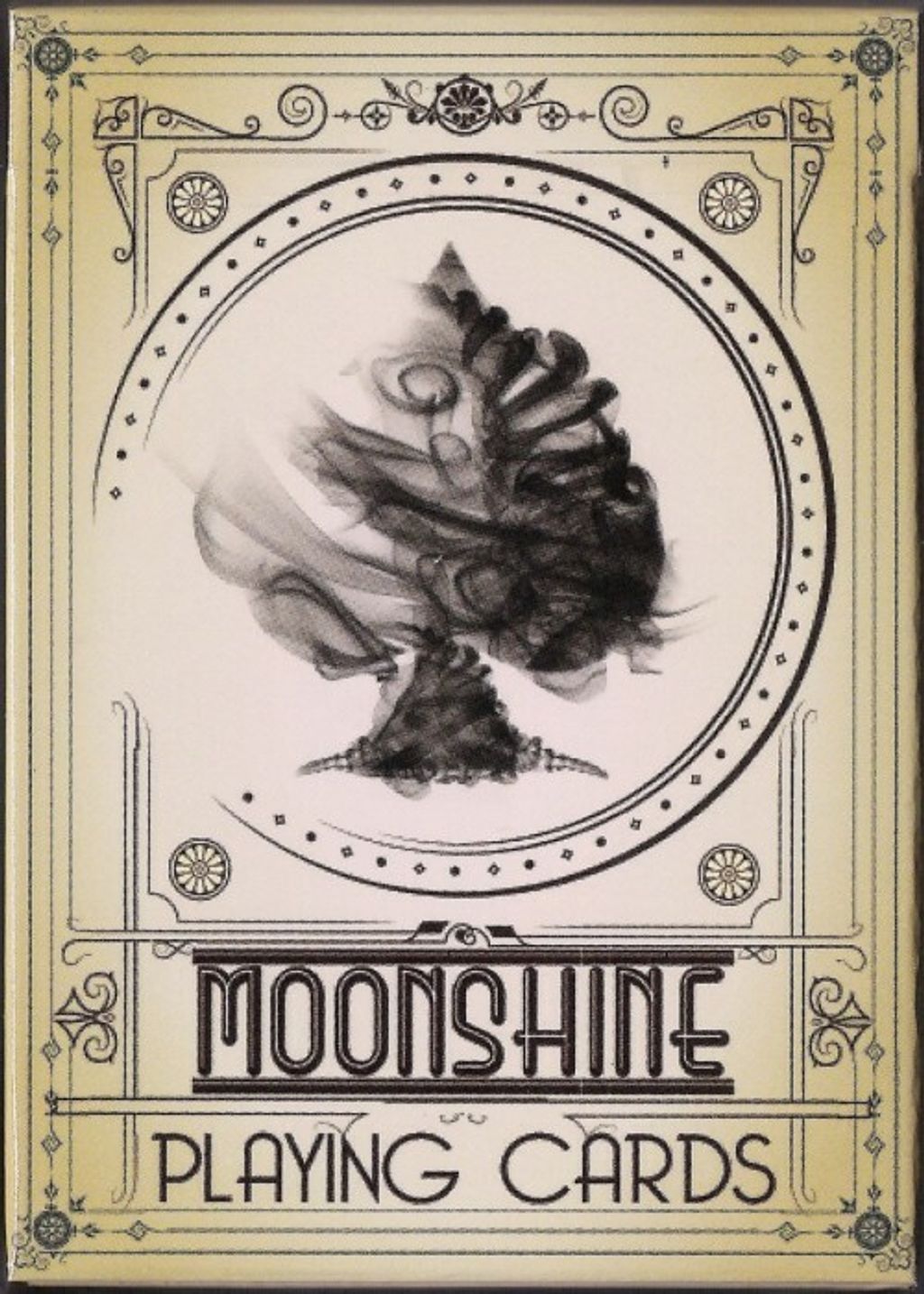 The finer things in life are those left to mature, develop, and become enriched with elegance and mystery.

Almost a decade ago, Moonshine Playing Cards (First Edition) came screaming into the magic world. Seemingly from nowhere and overnight, right into the hands of some of the most well-known and respected magicians all over the world.

Like a fine Whiskey, every detail of the deck was curated with precision and fine detail, culminating in a deck of cards that was greater than the sum of all its parts. The stock choice, finish and even the color of the inks used all worked together in synergy to bring you a deck that was in and of itself, an enigma.

Magicians from around the world contacted creator Lloyd Barnes to ask what exactly the secret recipe was used to achieve the intricate blend of feel, texture, and delicate balance.

Instead, he hid them away, honed the design and carved away at each nuance until what's left is a redefined distilled deck of beautiful playing cards bound together by design and deception. Moonshine Vintage Elixir capture the elegance, mystery, and tactile feel of what you already know and love yet hide more secrets within than ever before.

They say the lines on our face are a map. If these cards could talk, they would whisper to you a series of secrets and riddles.

Lloyd did tip one thing to us; somehow, without seemingly altering the design, the Moonshine Vintage Elixirs now come fully marked. He says that is the first of many, many secrets hidden within.

Pull up a seat, order yourself some Moonshine Vintage Elixir's and get ready to plunge into the rabbit hole.