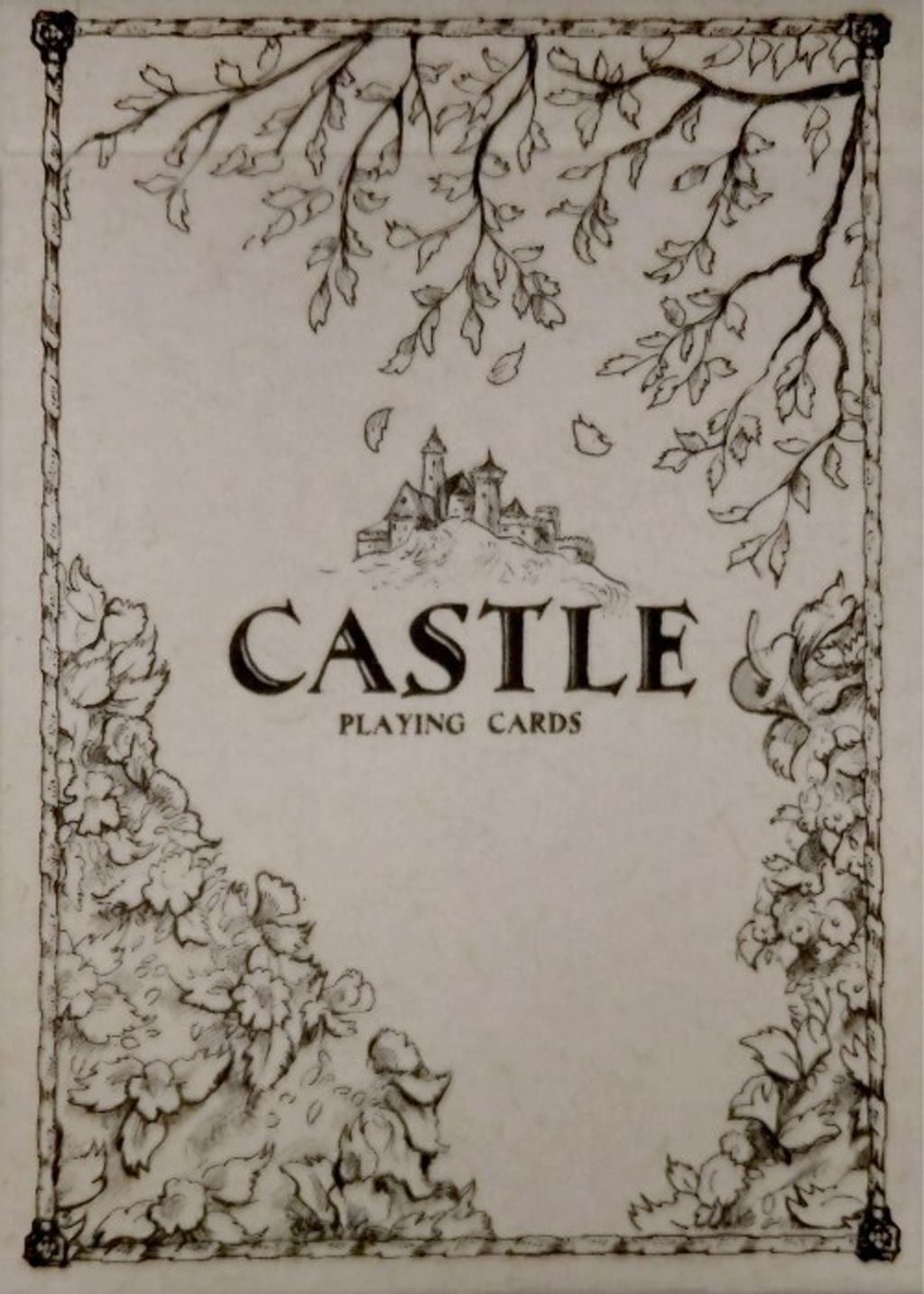 A beautifully illustrated limited edition deck of playing cards printed on sustainable card stock made from grass and leafy parts of plants.The Castle Playing Cards (Limited Edition)Our castle playing cards, created by MPC (MakePlayingCards), aims to illustrate castle life during the medieval times. The Jack of Clubs card shows a typical soldier protecting the castle. He is fully armed, mounted on a horse with body armor to protect him during battle.The Queen of Diamonds card shows a typical day in the castle where subjects come to pledge fealty and allegiance to their Lord who is dressed in flamboyant attire.Jack of Diamonds shows a Lord with his huge stash of gold and coins which are usually stored in a tightly secured space within the castle.The King of Spades shows a King, armed with an axe, thinking of his next move in a game of chess. Kings use the chess game to sharpen their war strategy skills in the medieval era.Castles are usually surrounded by a large expanse of land that serves the Royals for leisure hunting. An example is the Jack of Spades with the image of a man carrying his 'game' which he killed with his bow and arrow.During wartime, the castle is a fortress and usually the target of the opposition. There is a belief that once the castle falls, the city falls. The King of Spades card shows an army general plotting how to invade the castle up ahead with the belief that if the castle falls, the city falls. Other images on the playing cards also give you an idea of what castle life feels like.The Joker cards show illustrations from both before and after battle.The artworkThe artwork is all drawn by hand and fits perfectly with our new E27 card stock. We had many ideas for the court cards to show as may aspects of castle life in the medieval times as possible. They were sketched out at first before the chosen sketches go on into a more detailed drawing, some of which are shown below. Many did not make it into the deck. Many of the drawings took on a more violent theme but we chose to go in a softer direction after much thought. The outcome is that the deck feels a lot more appealing to play with.The artifacts that the royals are holding are based on research, for example, the King of diamonds is holding an orb, a type of Globus which in medieval times was a typical object to have with them when sitting at the throne.Also if you look more closely, you will be able to see the suits as part of the drawing where for example, the club suit is engraved onto the back wall of the queen of clubs card and the queen of hearts is holding a scepter with a heart on the top.The card back design took us a while to get right. We decided on a white border design with 2 castles facing each other in the middle of the card showing the castle before and after battle where 1 is destroyed and 1 is in its former glory. The design is not symmetrical.A new sustainable card stock from MPCTo align with MPC's aim in reducing their carbon footprint, to use more environmentally friendly paper stock, with this deck, we introduce to you a new card stock which is made from more sustainable sources. This new card stock is called E27 Eco-Herbage and is made from grass and the leafy part of plants. The paper contains a natural brown tint to it with clearly visible fibers.The E27 card stock really adds a more natural and earthy feel to the Castle Playing Cards and fits perfectly with the design.