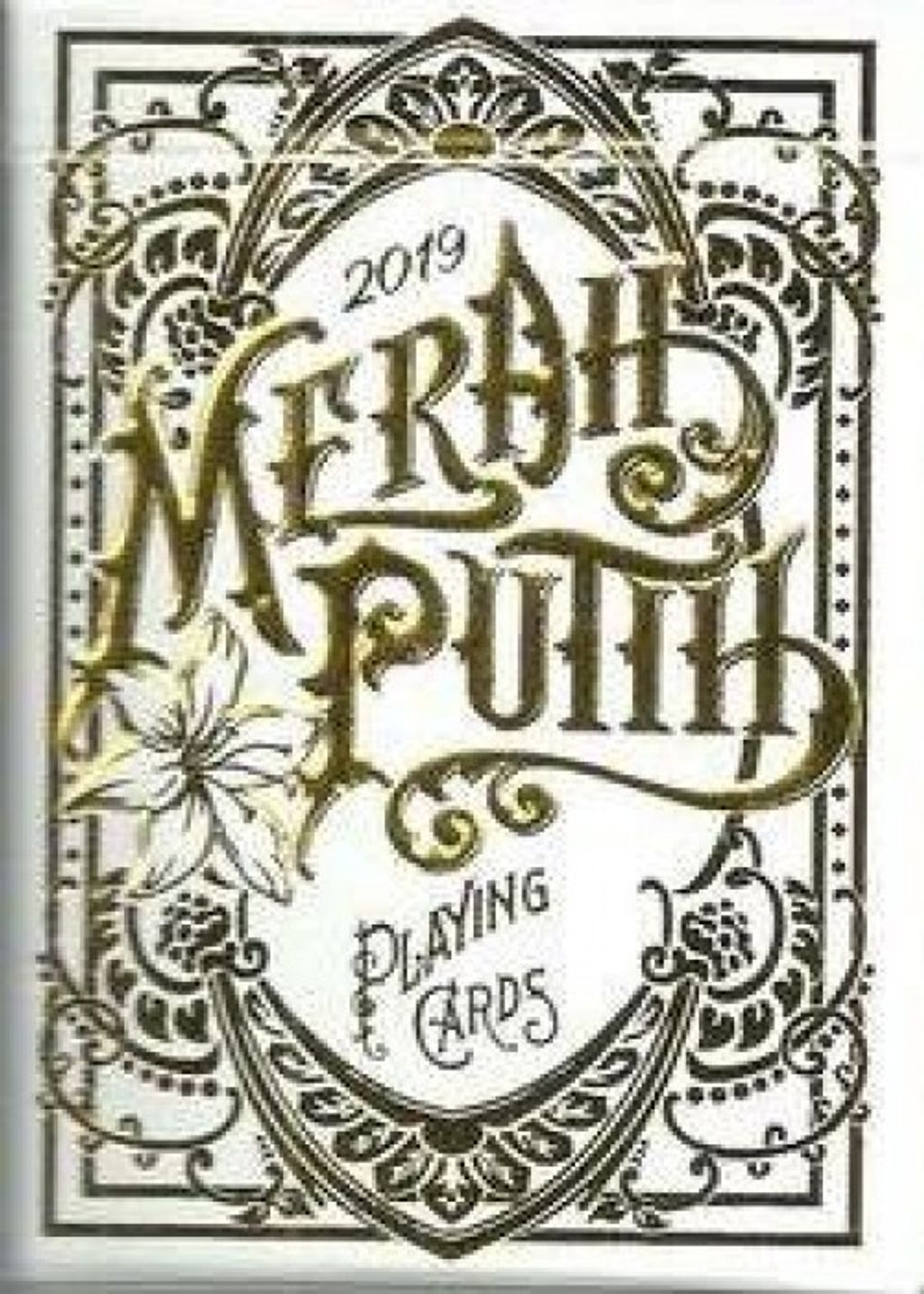 LIMITED EDITION: Only 100 printed! Will NOT be reprinted.

Designed in Indonesia by Ade Suryana, Merah Putih (Red White) Playing Cards are inspired by the attractive and intricate design of the 1800's era. A groundbreaking deck, the first playing cards to celebrate the Independence Day of Indonesia on August 17th.

The White Edition features a different design so it can be easily distinguised from the Red Edition (2018). Both editions are part of this same series, honoring the national motto of Indonesia, "Bhineka Tunggal Ika" (Unity in Diversity). The card back features the Coat of Arms of Indonesia called Garuda Pancasila, which was originally designed by Sultan Hamid II of Pontianak and was adopted as the national coat of arms on February 1, 1950. New Jokers and a set of Court cards have been added to complete this deck.

Merah Putih is a project with a limited number of decks produced. Printing a small amount of decks is quite a challenge due to finding a factory that delivers good quality card stock and handling. This project is the result of research that delivered the quality and handling that met our expectations.