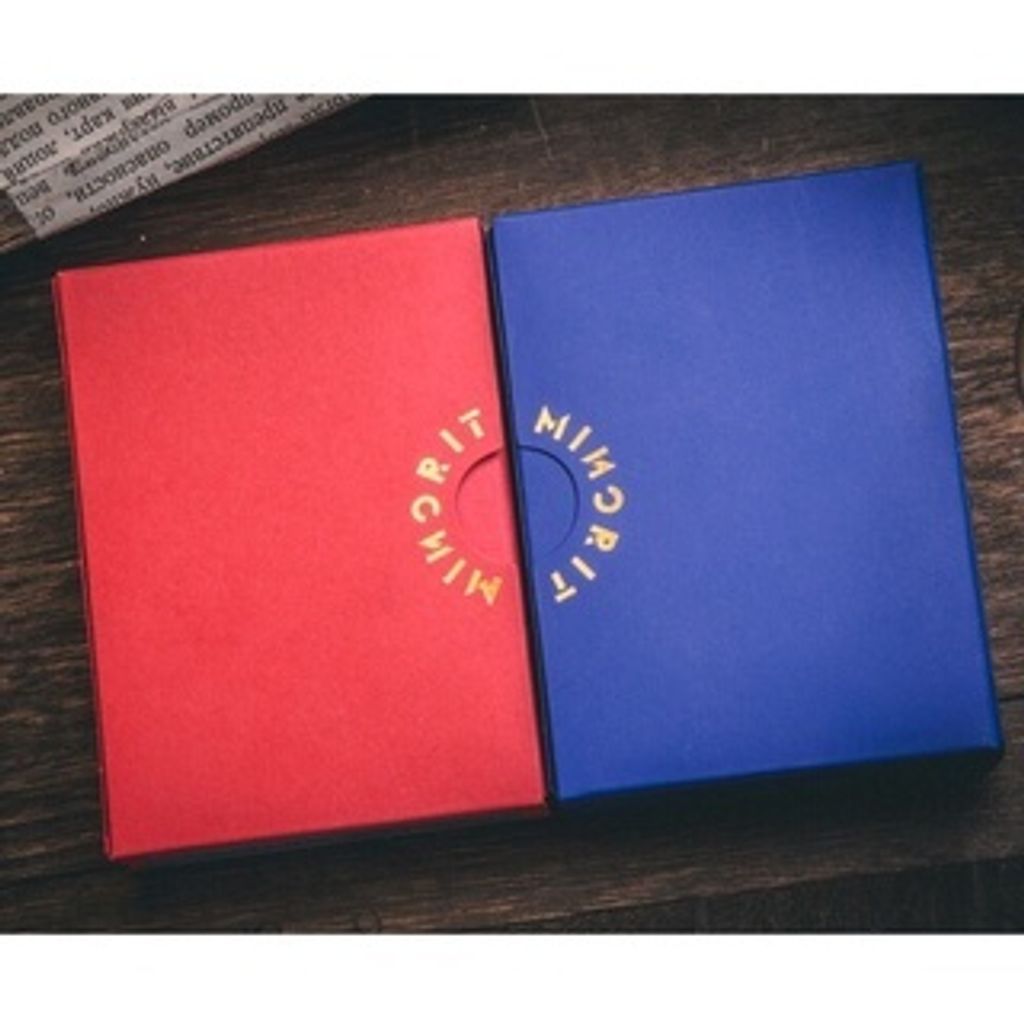 Magic can be said to be only a very niche artform. Most people in the world have not really understood what Magic is? I believe that many magic enthusiasts and hobbyists would definitely encounter indifference and opposition from friends and family throughout their journey into Magic. Indeed, as far as it looks, we are the minority group!

In that case, why wouldn't the playing cards we use be called 'Minority'?

Hence, this deck of playing cards was officially named: the 'Minority Deck'.

The more eagle-eyed of you will definitely notice that the Minority on the card box is missing a Y. No, this is not a typo error, but quite intentional. This is because the Minority Deck is waiting for its owner, which is You! Only when Minorit meets Y, and only when You, the magician, cracks the deck open with your own hands, would the MinoritY deck be complete!

Now there are many eye-catching playing cards on the market, and the various designs and artwork are simply mind-boggling. Therefore, we decided to make a little change in by adhering to the principle of simplicity! In the end, we settled on a double-layered nesting tuck box, which not only ensures that the cards can be easily removed for everyday use, but also adds a touch of freshness!

For the card backs, we also chose the most minimalist solid color block as the back design of the playing cards. Although the current trend is geared toward intricate and fancier design, a minimal design would never go out of style. Simplicity is the true meaning of magic.

Dark Red (Darker than red but not quite maroon/wine)

In terms of the suits, we have retro-fied them. The suits have a classic retro feel of the oldest playing card suits.

Since these playing cards are specially created for magicians, of course, in addition to nostalgia, there must be something that adds to your magic, that is, the marking system and gaffs!

Firstly, we have included a very easy-to-recognize marking system on the A, 2, 3, 4, and 5, which enables you to use only these 5 cards as substitutes for the classic ESP cards.

Secondly, we have built reveals into every court cards. This will equip you with as much performance material as possible by having only a single deck of playing cards!