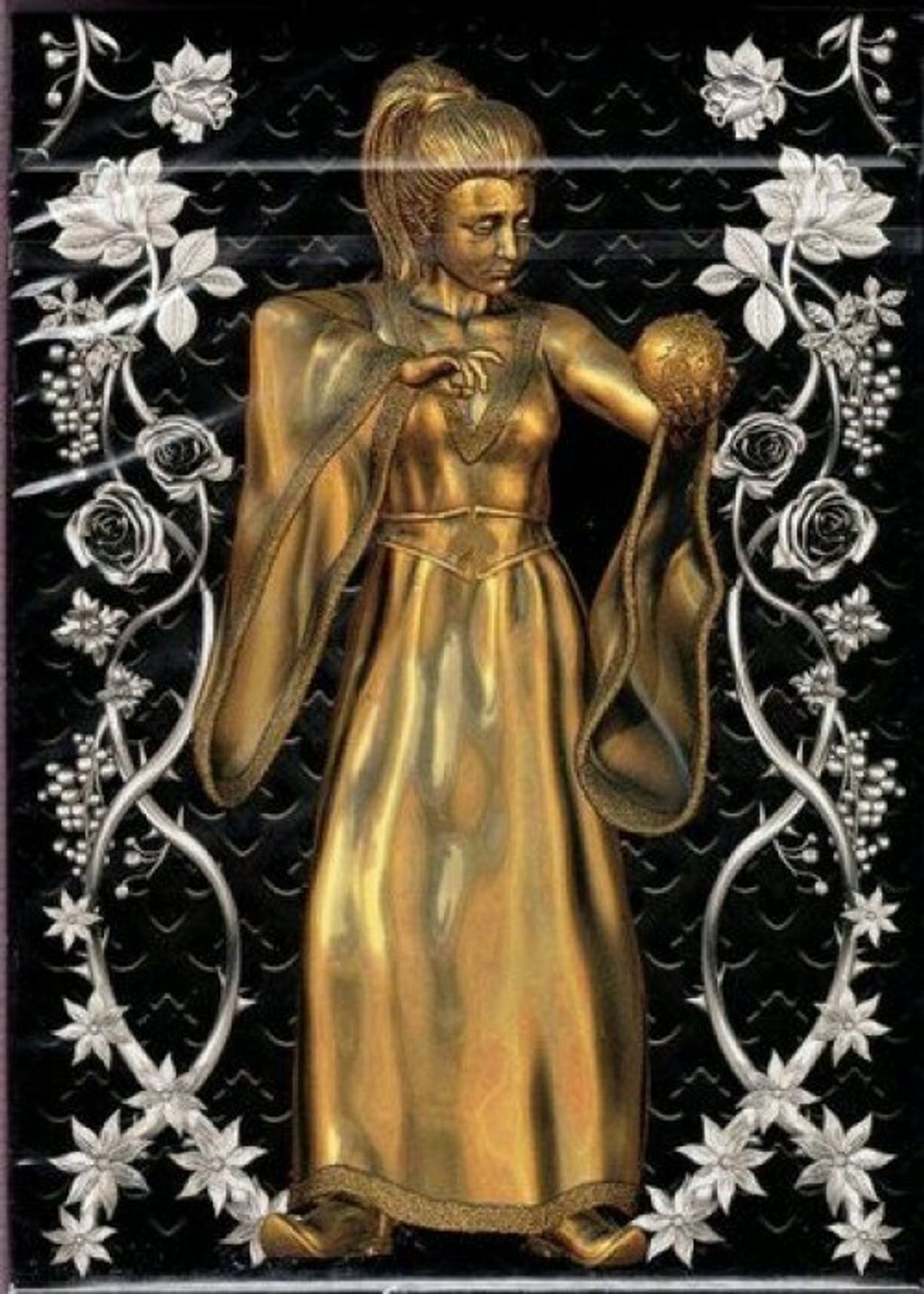 This is MORGANA Illuminations, the second chapter in The Arthurian Collection.

She is the companion deck to MERLIN Illuminations.

Morgana, the Sorceress and Merlin, the Wizard. Two unforgettable characters from the Tales of King Arthur and his Knights. Collect them both!

Morgana (alternatively Morgan le Fay) is the seductive Enchantress of the Arthurian Legends. She is both Goddess and Witch, a powerful Sorceress. There is an unpredictable duality to her Nature, she holds the potential for both Good and Evil.

She is an Apprentice of Merlin, and a vindictive adversary of the Knights of The Round Table, yet she harbours an unrequited Love for Lancelot. In the retelling by Malory, Morgana is the greatest enemy of Arthur, scheming to usurp his Throne, indirectly becoming an instrument of his Death. In later tales, she reconciles with Arthur, retaining her original role of taking him on his final Journey to Avalon.

Our MORGANA Illuminations back reverses the Gold and Silver of MERLIN Illuminations. What was Gold is now Silver. An inspired work of Alchemy.

The card backs are based on Sorcery, a seminal image from The Arthurian Collection. War and Peace, the Masculine and the Feminine, Man vs Nature. The tangled interplay defines the essential Duality of Life.

In the process of creating this Vision, countless hours were spent perfecting the watchlike counterbalance of this timeless composition.

Cardists, Magicians, and Flourishers love Sorcery, the artwork that graces the Illuminations card backs and inspires the stories they weave around this work.

The courts in MORGANA Illuminations have all new poses, so that the two companion decks are just that - the same, yet different. A subtle shift in Mood, as we fall under the Spell of the Sorceress.

The MORGANA Illuminations pip cards are identical to Merlin's, embracing the continuity of a family of cards.

MORGANA Illuminations will feature two new Jokers, joining Death and The Fool from MERLIN Illuminations. This is The Bard, Taliesin, King Arthur's Poet with his Eagle.