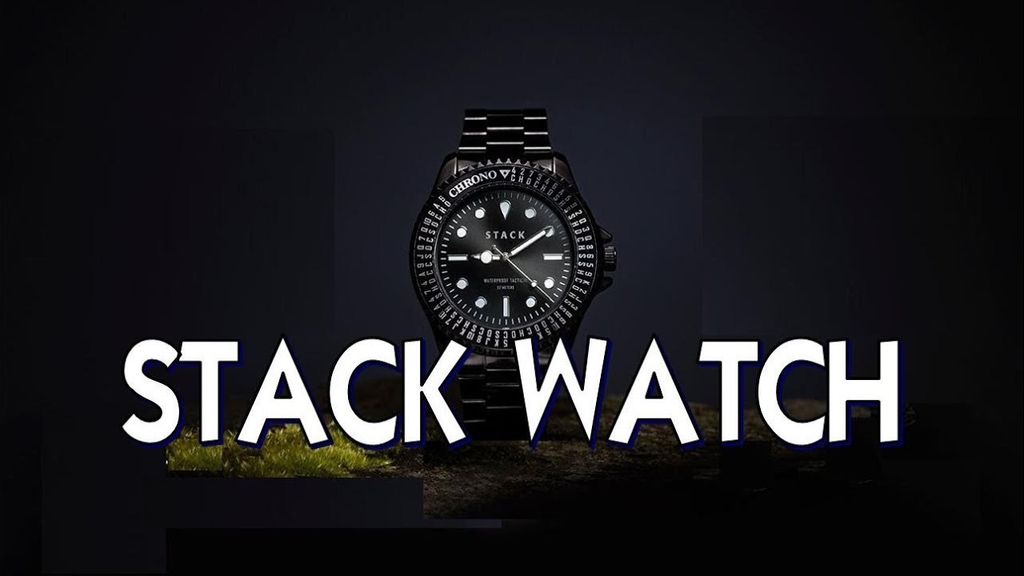 What time is it?

What position is the 5 of clubs in mnemonica?

One quick glance at your watch during performance can tell you both pieces of information.

THE STACK WATCH is the world's first anti-memory wearable for stack work in card magic.

A covert, must-wear device for deciphering a stacked deck... Without you having to ever know stack.

Dynamically tracking the ever-changing position of every card in a mixed deck.

There's a reason millions of gym memberships go to waste and diets always start 'NEXT' Monday.

People are busy and the lowest task on their priority list gets kicked to the curb.

Mnemonica is without a doubt, one of the strongest, most incredible tools in magic. There's a reason Blaine's TV and private performances contain a lot of mem-deck stuff... but it's damn hard to learn.

You always tell yourself you will, but you won't.

The good news with THE STACK WATCH is that it puts Mnemonica back on the table... Like a giant calorie-free sundae for magic.

You don't need to try to learn it, because the watch is there for you, exactly when you need it. It's instant, requires no work, no memory songs, no concentration and no testing.

Everything you can do with mnemonica has just been made simple, because you don't have to learn it.

This isn't a gimmick. The word gimmick suggests it's cheap, disposable and into minute 14 of it's 15 minutes of fame.

The stack watch is a utility timepiece. A tactical decoder that just happens to be hidden on a high-quality watch. No expense spared.

No software updates and no pairing.