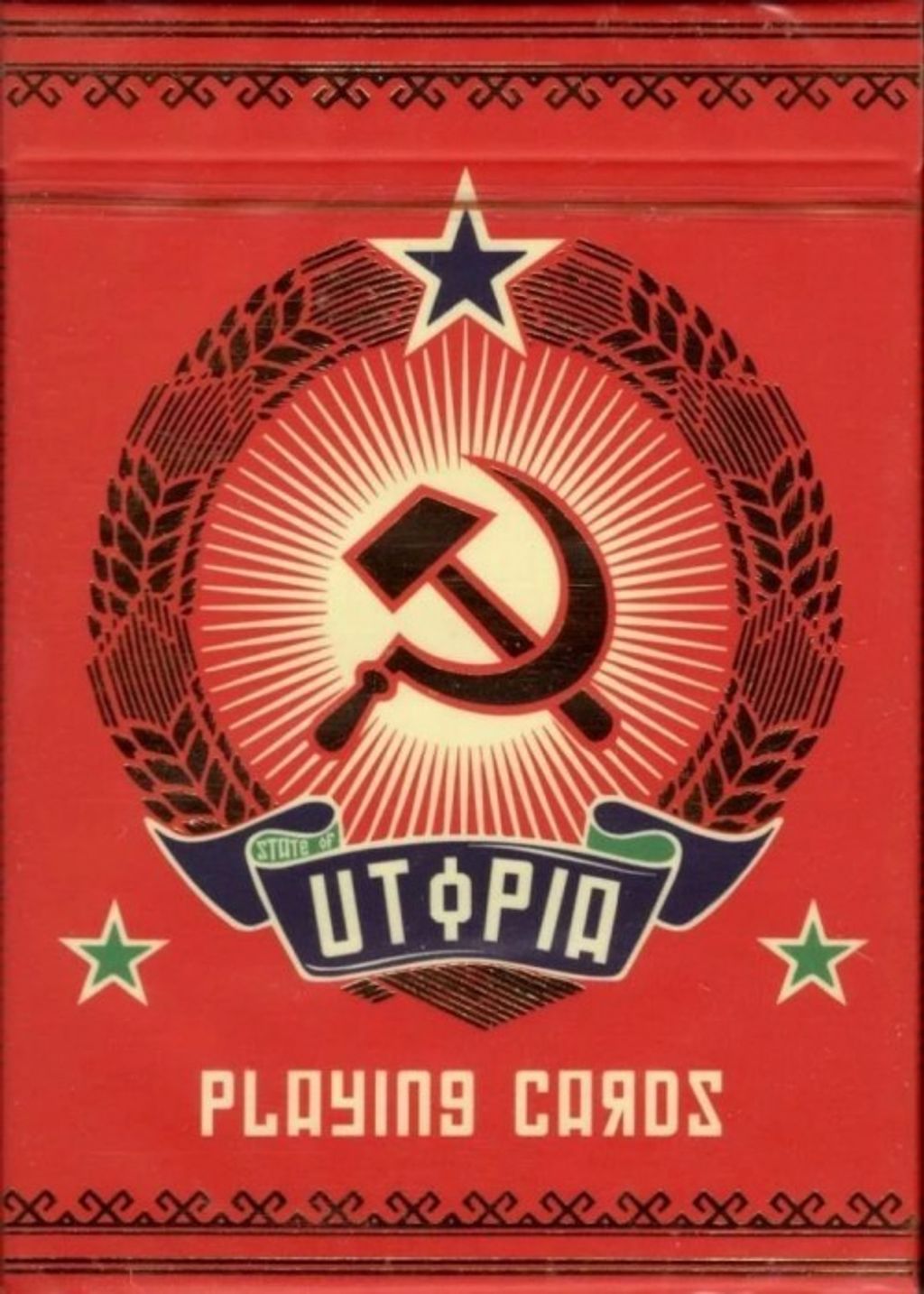 LIMITED EDITION: Only 500 printed! Will NOT be reprinted.

These playing cards pay homage to the artwork of Communist era propaganda and the Utopian vision it portrays. While the artwork is inspiring, it also serves as a warning about Utopian dreams of a perfect society.

Communist era artwork on the whole was a tool for indoctrination and control. All Communist art, and indeed almost every aspect of Communist life, was a tool to support the state and its ideology.

Typically Communist era art portrayed images that were romantic and heroic; that exuded strength and honor and fierce pride. It is that compelling and heroic style of art that this deck draws upon, but it does so without celebrating the ideology that underpins it.

Utopian visions of a perfect society are responsible for some of the worst atrocities of the 20th century. Communist Utopian plans for modernization and universal egalitarianism claimed tens of millions of lives in China and the Soviet Union. And in Cambodia under the Khmer Rouge, lives of one quarter of the population were lost while they attempted to realize their Utopian dream.

So, enjoy the art and beware of the Utopian ideology. Good intentions have not always turned out well for the revolutionaries. The 'State of Utopia' has been an Australian team effort and collaboration between Pierre Huetter-Aleseva, Josh Boyle-Buyworthy and artist Shira Bentley.