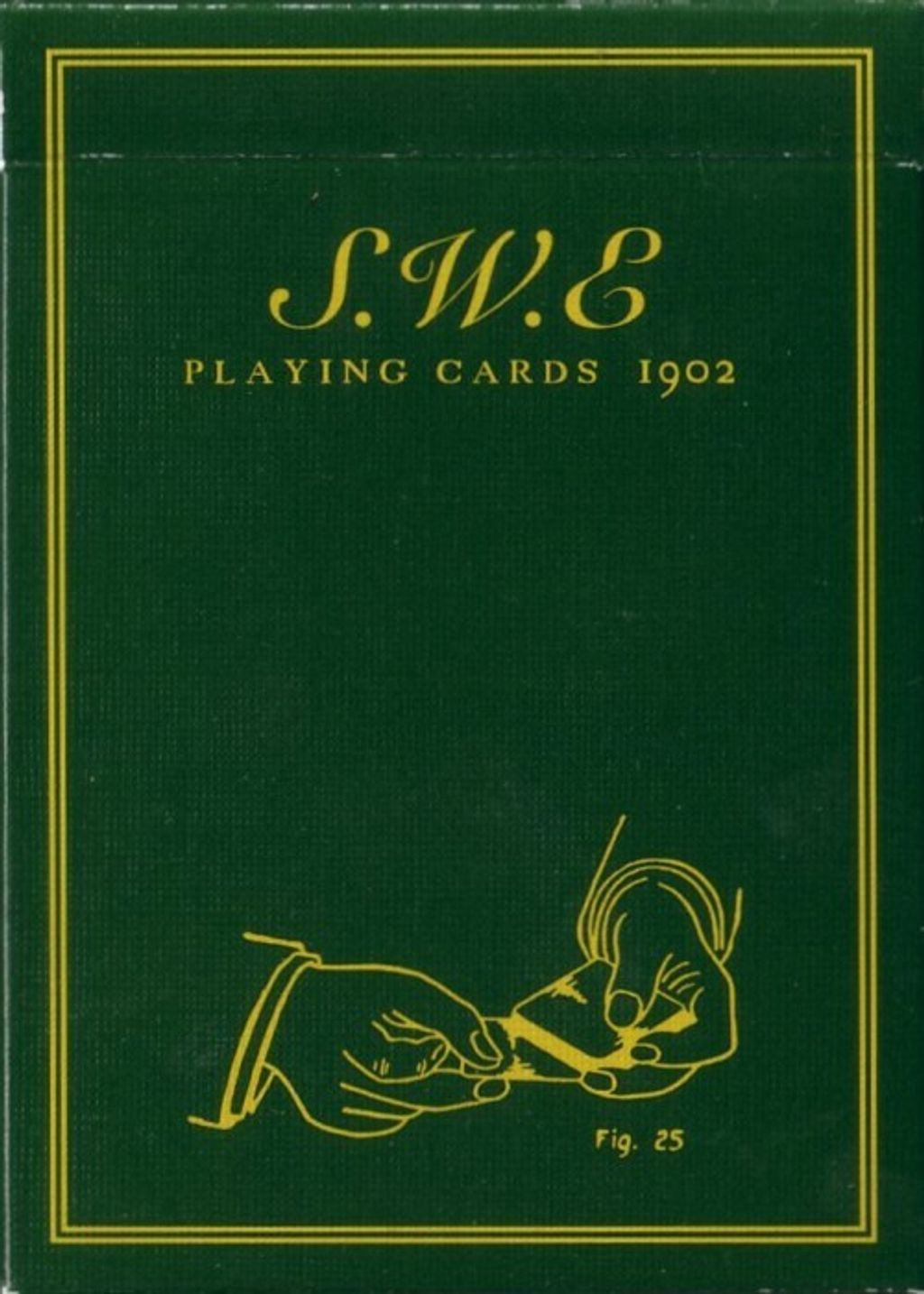 For almost a century, 'The Expert At The Card Table' has been considered indispensable to attaining the highest level of card mastery. Recognised as the go-to text on deception with a deck of cards.

The search for the elusive author has led us to 12 men who could carry the burden of the world's greatest cheater.

One mystery gave birth to a myriad of authors, fans and obsessives. We aren't sure which we are.

It's speculated that it's simply an anagram of E. S. Andrews. Others say that it was Herbert Lee Andrews creating an anagram from his wife Emma's name. Some say it was a Chicago Railroad worker, and others choose to believe it was printer Harry S. Thompson covering his tracks.

The truth we choose to believe is that S. W. Erdnase is a lifestyle, for those who want to keep their addiction hidden. To not let the world know how devious they are.

Your SWE deck promotes this. It won't tell anyone of your indiscretions. If you choose to cheat your friends or your enemies...that's your business.

This all started as a fitting tribute to magic's most famous stranger, and a friend to us all.

Decks are a dime a dozen, but tributes carry sentiment that hide between the fibers of the paper, and aren't damaged by harsh shuffles and sloppy shifts.

Featured on the back is a true-color replica of Erdnase's green book. With the influential green spread across the court cards in the deck. Most of whom are new faces, and Experts in their own fields.

The finish is customised, smooth and time-honored. With production humidity, ink weight and storage researched with as much care and attention as the card table artifice from the book.

Anyone with a deck of cards and passion can be Erdnase, Erdnase is an idea... and we'll never truly prove who he was. So I guess it's up to you. You're the expert now.