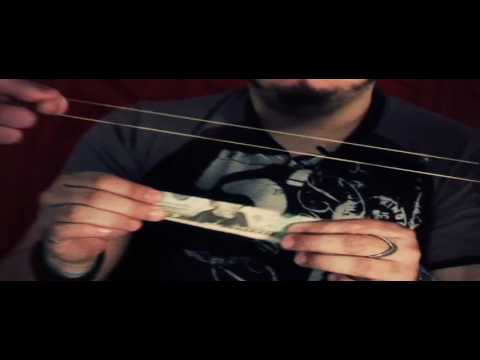 This is powerful magic that you WILL use - as simple and direct as magic can get.

SYMPHONY contains magic tricks using everything from rubberbands to credit cards to dollar bills to playing cards. Each is completely impromptu and can be performed at a moment's notice.

Taught in over 1.5 hours of detailed instruction with multiple street performances for real audiences and filmed in high definition on location in Las Vegas, Nevada.

The Contents of SYMPHONY - A Look Inside The DVD

VOID An ordinary drinking straw penetrates and melts visually through a dollar bill in a three phase routine that will leave your audience speechless.

VISA You cause the magnetic strip on two borrowed credit cards to polarize themselves, being drawn together and repelled apart as if a magnetic field was present. Three phases of staticy goodness.

TIMELINE 2.0 A card with an odd back is removed from your pocket as the 'prediction'. You have the spectator sign it across the back and it is placed securely into the card box - which is then held by the spectator. You spread another deck and have a card selected. You ask the spectator if it matches the prediction in the case, but they find it has vanished. You tell them to turn over the card in their hand and it is the original signed prediction.

.44 A card effect that can be performed spur of the moment. Four Aces held by a spectator transpose with the Jacks in your hand... twice.