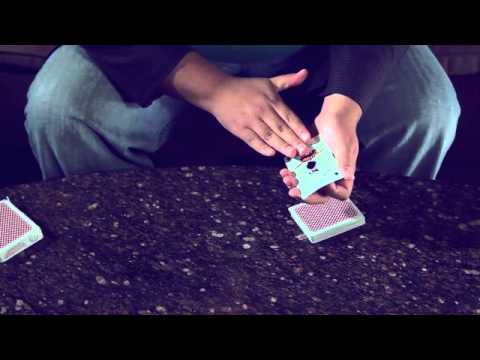 One hour and 20 minutes of instruction and insight on the process of good routining.

From card productions to color changes, everything is exposed where the spectator not only sees the outcome of magic – but the actual magic itself.

The possibilities and applications are truly endless. Imagine showing two Jokers with holes in the center of them. The spectator can clearly see that there is nothing hidden. Yet in an instant, their selection appears sandwiched between the Jokers. Visual, elusive, and unconventional.

The holes create a sense of transparency. You have nothing to hide.

Chris Mayhew walks you through five of his signature routines in over an hour and twenty minutes of expert instruction. Also included are four bonus applications and utility moves where Chris teaches you vanishes, productions, and color changes – all utilizing the Holes Concept.

That's not all. These aren't just quick effects. They are routines.

Everything is purpose built and well thought out. Each card, each sleight, each detail is utilized to it's full potential. No stone is left unturned. In addition to the powerful routines that Chris has shared, the theory behind the magic will go far beyond the occasional performance of a magic trick. The philosophy teaches the creation of routines and effects that are direct, visual, fun, and engaging.

If you're ready to amaze and entertain, The Whole Thing will propel you into the next dimension.