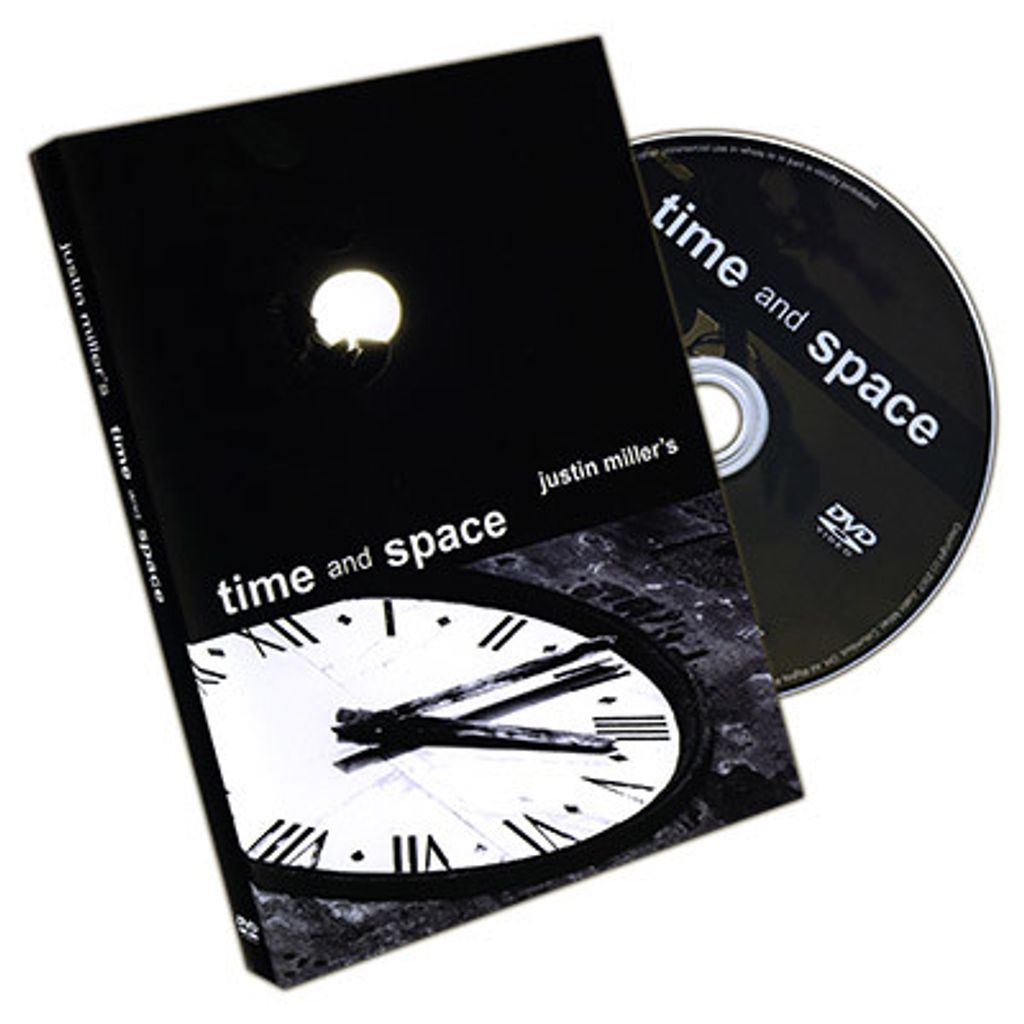 Time and Space by Justin Miller

Time and Space by Justin Miller

"What if...you could take your audience through time and space, and then be able to give them a tangible piece of their journey to keep forever?"

From the creator of some of the best-selling DVDs like SILVER DREAM and X-MARKS THE SPOT. Justin Miller, comes one of the most time altering effects of his generation. With a story of what time travel might lookl ike if it were possible, this one is sure to go in to your act almost instantly.

The magician pulls out of his pocket a playing card with its back towards the audience and sits it off to the side. A deck is introduced and a card is selected and signed by a member of the audience. Not wanting his audience to thing that any funny business is going on, the magician takes the two jokers from the deck and tells his audience that the jokers will be the "body guards" of the card that has been placed aside from the beginning. The mystery card is then sandwiched face down between the two face-up jokers. The packet is spread so all can see. The signed selected card is then placed face down in to middle of the deck (by the spectator if you wish) and is lost fairly. What ensues next is beyond words.

First, the signed card disappears from the deck. Every card is counted one at a time by the spectator. It really is gone!

Second, with absolutely nothing in the magician's hands, the mystery card is turned over. It is the signed card!

And finally, the two jokers and the signed card are placed in to the spectators hand, in a flash all three cards fuse together in to a single card! On one side, the two overlapping jokers, on the other, their signed card to keep forever! What a souvenir!