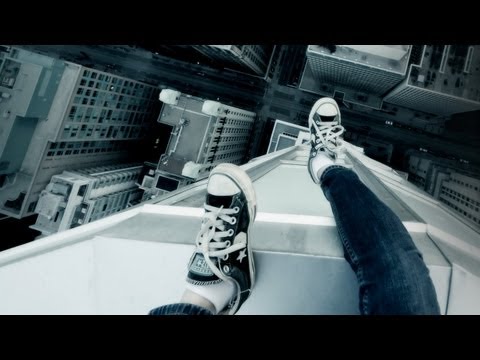 An empty card box - and the FULL deck itself - remains suspended in space. No strings, wires, or magnets. Looks like REAL magic.

Vertigo is a mind-bending, logic-warping demonstration of skill. You remove the cards from the box. You show the box empty. Delicately, you set the box on the edge of the deck.

Slowly, you release your fingers. The box remains suspended.

That's not the end. It's only the beginning. You set the cards - all 52 of 'em - on the edge of the empty box. Once again, you remove your hand. This time, the ENTIRE deck remains suspended.

It looks impossible, but it's easy-to-do once you've mastered the secret.

Perform Vertigo standing up or sitting down. Use your favorite pack of cards. No threads, no wires, no magnets. Self-contained. Instantly reset. And the best part is, when you're done, you can hand the cards out or go right into your favorite card trick or cardistry demonstration.